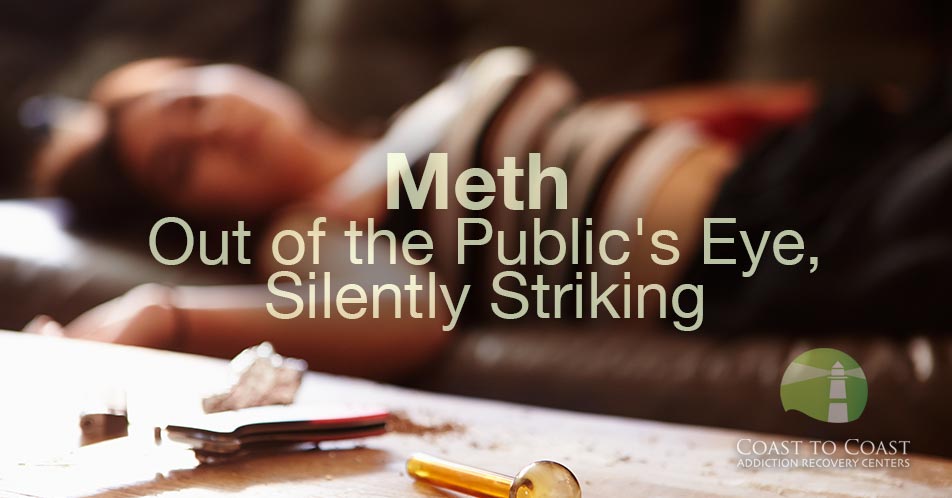 Meth – Out of the Public’s Eye, Silently Striking

Amidst the Opioid Epidemic Announced by President Trump in October of 2017, the opioid epidemic has been the main talk lately, which is a serious problem throughout the U.S.  However, Meth seems to be sitting in the shadows quietly striking the people who use the drug and everyone around them. John Shuppe of NBC News states that “The highly addictive stimulant is blooming across the country again, this time in the shadows of the opioid epidemic. But because meth kills slowly, and at lower rates, it isn’t getting the attention that many researchers, law enforcement officials and health workers say it deserves”. Instead meth is out of the public’s eye, silently striking.

Methamphetamine is a highly addictive stimulate drug that comes in many forms, is used in several ways, and goes by numerous street names. The National Institute of Drug Abuse mentions such names as “meth, chalk, ice, and crystal, among many other terms”. The substance comes in powder, and rock form, which is taken in a variety of ways. The drug can be injected, snorted, smoked, and swallowed. Which all ways lead to a high probability of becoming addicted even just after the first time of use.

The Consequences of Methamphetamine Use

Meth is a highly addictive drug that has tremendous consequences for the user.  In a letter from the director of The National Institute of Drug Abuse it states that such consequences affect the user at many levels which include, “Psychologically, medically, and socially”. Some side effects of the drug include memory loss, aggression, psychotic behavior, damage to the cardiovascular system, malnutrition, and severe dental problems”. In addition to that, The National Institute of Drug Abuse states that there are numerous social consequences such as, “ Child abuse, new waves of crime, unemployment, and that meth drug abuse threatens communities”. Meth use has detrimental effects for the individual, family members, and the community. One extremely serious effect is shown in an Epidemiological Investigation by the Centers for Disease Control and Prevention, which points to Methamphetamine abuse leading to increased transmission of Infectious disease such as HIV and Aids” In addition to the transmission of infectious disease, the increase in death associated with meth use is on the rise.  Clyde Hughes of Newsmax, states that “ Meth was connected in 328 of the deaths, up sharply from 271 in 2015 and topping deaths from the much publicized opioids Hydrocodone and Oxycodone”. Taken together Meth continues to affect users at numerous levels, the community and maintains  just as serious consequences as the opioid epidemic if not worse.

Methamphetamine use is a wide spread problem throughout the U.S. and continues to be on the rise. The Substance Abuse and Mental Health Services Administration stated that, “The estimated number of meth users, meanwhile, rose from its low point of 314,000 in 2008 to 569,000 in 2014. Thus resulting in almost a 50% increase in meth users throughout the united states. The strongest effects are felt in the West and parts of the Midwest, according to the National Institute on Drug Abuse’s (NIDA’s) Community Epidemiology Work Group (CEWG).  Though the highest prevalence is seen in larger rates in  the western side of the country, meth use is a national problem, that effects people, family, and communities alike.

It is imperative if you or a loved one are using Fentanyl or other opioids to seek help immediately. There are a variety of treatment options available. At Coast to Coast Recovery, you can find a range of addiction treatment services from holistic healing and complementary therapies to 12-step programs and Christian-based teaching. Let us help you end a life of addiction and start your journey to lasting sobriety. To learn more, call (800) 210-8229.

Marijuana Legalization and Marijuana Addiction - Is There a Correlation? 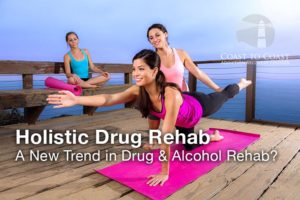 The Fentanyl Epidemic Leads to Deadly Overdoses Throughout the U.S.