addiction has no age limit

Like the recent death of Lil Peep, the rapper found dead on November 15, from an overdose of Fentanyl and Xanax, Linkin Park’s Singer, Chester Bennington had a long struggle with addiction that resulted in death. Bennington’s struggle with mental illness and addiction came to an end on July 20, 2017, when he hung himself in his Palos Verdes Estate in Los Angeles California. Mentally unstable, and under the influence of drugs and alcohol, Bennington acted on his suicidal ideations and decided to end his life.

“Shortly after 9 a.m. this morning, we were notified by law enforcement of a death in Palos Verdes Estates,” Brian Elias, chief of operations for the Los Angeles County Department of Medical Examiner, tells Rolling Stone. “We responded to the scene and unfortunately confirmed that Mr. Chester Bennington was deceased at the scene.”

“Shocked and heartbroken, but it’s true,” Bennington’s fellow Linkin Park vocalist Mike Shinoda said on Twitter. “An official statement will come out as soon as we have one.”

Autopsy report for Chester Bennington was released earlier this week revealing the cause of death as suicide, along with the toxicology report showing that Alcohol and MDMA were in his system at the time of his death. Traces of alcohol were found at significantly low levels, in amounts that were not attributable to the cause of death, but were certainly a contributor in the coping mechanisms he used for his depression. The report notes the cause of death as injuries sustained by hanging, his history of suicidal ideation, and the Investigators Narrative describing the scene. In this Narrative, the investigator states that at the scene he found a  prescription for generic Ambien with one pill broken in half, a Corona less than half full, and an empty bottle of Stella Rosa.

Drugs and Alcohol as a Coping Mechanism for Trauma and Depression

Chester Bennington suffered from trauma and began using drugs at a young age. According to an article written by Kory Grow of Rolling Stone, after his parents divorced he lived with his father who was emotionally unstable, and between the ages of 7 – 13 years old was continually sexual abused by a male friend. The friend would beat him, and coerce him into sexual acts. Around this time he turned to drugs as a coping mechanism for his loss of self-confidence, and as an outlet for the emotions associated with his trauma. During many public interviews he disclosed issues surrounding his addiction. In a 2009 Interview with Noisecreep Bennington states that, “I have been able to tap into all the negative things that can happen to me throughout my life by numbing myself to the pain, so to speak, and kind of being able to vent it through my music”. He describes drugs and alcohol as a coping mechanism for dealing with pain and being able to bring that into awareness without experiencing emotion. Thus enabling him to release his experiences through the creative aspects of his music. Throughout his 18 years as a musician, there are themes of depression, numbing, and overall dissatisfaction with life. The emotions that he experienced because of past trauma were unbearable to him, and drugs were his escape. In an essence, his music is a  piece of the reality he experienced in his day to day life. In the same report, Bennington names examples of the manifestation of his emotions in his music stating that, “ Crawling, was about feeling like I had no control over myself in terms of drugs and alcohol.” Like many people suffering from addiction Bennington lost control over himself because of drugs addiction and alcohol abuse.

The Death of Chris Cornell

No doubt the death of Bennington’s close friend Chris Cornell added to his depressive state. In an Interview with Jared Leto he states that, “Chester said of Chris, ‘Your voice was joy and pain and anger and forgiveness, love and heartache all wrapped up into one”. Whether Bennington taking his life on what would have been Cornell’s birthday was coincidence, or if they are connected is still unknown. However, the effects of grief and loss on someone who is already suffering from depression, and has a long-standing history of addiction can be tremendous. The fact that Bennington committed suicide on Chris Cornell’s birthday is likely to not be coincidence and maybe related in ways other than the obvious. For someone already experiencing depression, the loss of someone close is likely to have triggered deep emotions, and an influx in suicidal ideation. Having issues coping with his feelings, and using drugs and alcohol as a mechanism could have been what sent him over the edge.

Lost to Mental Illness and Addiction

The impact of the loss of Chester Bennington is great, and felt amongst his fans, friends, family, and the work.To see another amazing legacy lost because of mental illness, and addiction is a tragedy.

If you have a drug or alcohol addiction, Get Help Today!

Marijuana Legalization and Marijuana Addiction - Is There a Correlation?

Is There a Rise in Accidental Drug Overdose Deaths Among Celebrities?

Does Recreational Drug Use Lead to Addiction? | Causes of Drug Addiction 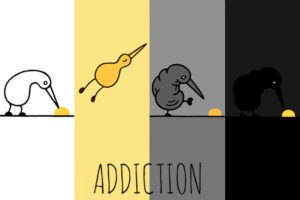